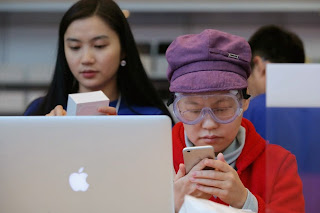 China even spies on its own people regularly!

Activists and security experts say they believe the attacks are backed by the Chinese government because they are hosted from servers to which only the government and state-run telecommunications companies have access, according to GreatFire. They are also similar to recent attacks on Google, Yahoo and Microsoft aimed at monitoring what users were retrieving on the sites.

"All signs point to the Chinese government's involvement," said Michael Sutton, vice president for threat research at Zscaler, a San Jose, Calif., security company. "Evidence suggests this attack originated in the core backbone of the Chinese Internet and would be hard to pull off if it was not done by a central authority like the Chinese government."