Chinese police shut down supplier of over 40,000 fake Apple iPhones 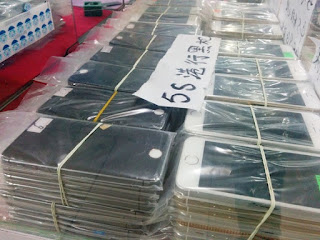 The supplier, based in Beijing, allegedly established one of the largest
knock-off phone operations found in recent years, according to the police.
Since January, the supplier produced over 41,000 fake iPhones, along with
66,000 smartphone circuit boards, for a value of over $19.7 million.

In addition to smartphones, the supplier had also manufactured over a
million imitation handset accessory units.

China is not only a major producer of handsets, but it's also a major site
for the world's electronic waste, with shipments of discarded products
coming from across the world.

Since April, Beijing police has stepped up its enforcement of intellectual
property, although knock-off products have long been a staple in China's
electronics markets.