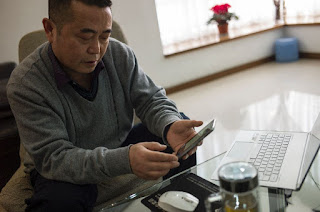 The founder of one of China's few websites dedicated to reporting human
rights abuses has been formally arrested for "leaking state secrets",
Amnesty International said Thursday -- the latest blow in a broad crackdown
on activists.

Its headlines -- "Village Officials Stab Campaigner", "Gangsters Detain
Protestor" -- are rarely seen in ordinary Chinese media, and the content is
blocked on the mainland.

Last Friday, his family received official notice that he had been formally
arrested for leaking state secrets to overseas entities, the campaign group
said.

It remained unclear whether he had access to a lawyer, Amnesty China
researcher Patrick Poon told AFP, stating that Huang was "at risk of torture
and other mistreatment".