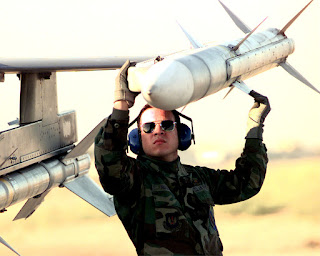 The U.S. Department of Justice (DOJ) announced on Wednesday that former Raytheon engineer Wei Sun has been sentenced to 38 months in prison for transferring sensitive missile technology to China in violation of the Arms Export Control Act (AECA).

Sun, 49, is a Chinese national and naturalized U.S. citizen who worked as a highly-skilled electrical engineer for Raytheon Missile Systems (RMS) in Tucson, Arizona, from 2009 until 2019. RMS manufactures surface-to-air, air-to-ground, and ballistic missiles for various branches of the U.S. military.

Sun obtained a secret-level security clearance in the course of his employment, which was necessary because his work required "access to information directly relating to advanced and sensitive missile defense-related technology, some of which constituted defense articles controlled and regulated under the Arms Control Export Act," as the January 2020 indictment against him explained.

In December 2018, Sun departed for China, Hong Kong, and Cambodia on a personal trip, bringing his RMS company-issued laptop computer with him. The laptop held sensitive data covered under the AECA and the regulations that implemented it, the International Traffic in Arms Regulation (ITAR).

While he was overseas, he used the company laptop and his Raytheon email account to tell the company he intended to resign his position to study and work abroad.