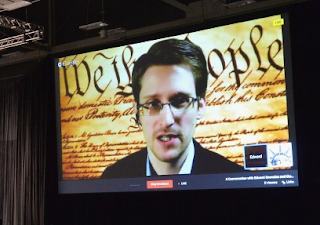 After former NSA contractor Edward Snowden stole and released documents about spying activities of the NSA, the world got a glimpse of the war on the wires. Yet, after the mask over global espionage was pulled off, intelligence agencies in China and Eastern Europe significantly increased their operations of spying and theft. Experts in counterintelligence said they witnessed a fivefold increase in physical espionage attempts against U.S. businesses. A similar trend took place with cyberespionage, where a recent Verizon report said there was a threefold increase.
"Right or wrong, Snowden has caused other nation-states to increase their activity, and their brazenness," said Casey Fleming, CEO of BlackOps Partners Corporation, which does counterintelligence and protection of trade secrets and competitive advantage for Fortune 500 companies. Since the event, Fleming said he has seen a fivefold increase in both cyberespionage and insider espionage attempts against the major U.S. businesses that his company advises.
Read More: http://www.theepochtimes.com/n3/704132-after-snowden-global-espionage-increased-fivehold/?photo=5