But the takeover, the largest ever of an American company by a Chinese counterpart, was almost certain to attract scrutiny.

Skeptics have repeatedly raised concerns about the possibility of compromised food safety standards.

Senator Debbie Stabenow, Democrat of Michigan and chairwoman of the committee, said in a statement: "It remains unclear what factors the committee took into account in making its decision. We still do not know if the potential impact on American food security, the transfer of taxpayer-funded innovation to a foreign competitor, or China's protectionist trade barriers were considered. It's troubling that taxpayers have received no assurances that these critical issues have been taken into account in transferring control of one of America's largest food producers to a Chinese competitor with a spotty record on food safety."

Shuanghui has struggled with food quality controversies in the past. The company was at the center of a Chinese television investigation into sales of pork produced with clenbuterol, a food additive banned in the United States, the European Union and China because of health risks.

The company apologized and promised to revamp its safety regimen. (oh wow, that makes me feel a lot better) 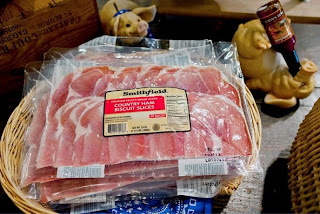