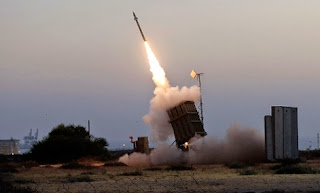 China's military has progressed MORE by theft of information than by development of it. Those in the know fear for the day when China's billion-plus population is taken to war by its communist government, when they decide that other methods are not getting them what they want fast enough. It will be like Russia throwing its population at the German advance, without a care for the actual people involved, but with technology unlike the world has ever seen used in warfare before. And while nations in the west are hampered in the technological output by overbearing laws from the EPA and other entities, China does not have such restrictions. They are growing at the pace of the western world during the industrial revolution, without all of the restrictions, but with modern technology to build off of.

"The attacks bore all of the hallmarks of the 'Comment Crew,' a prolific and state-sponsored hacking group associated with the Chinese People's Liberation Army (PLA) and credited with stealing terabytes of data from defense contractors and U.S. corporations,"

Among the data taken from IAI is a 900-page document that provides schematics and specifications for the Arrow 3 missile. "Most of the technology in the Arrow 3 wasn't designed by Israel, but by Boeing and other U.S. defense contractors,"