The continued theft of intellectual property gives China an advantage no other world nation has had in the history of our world before.  The interconnectedness of our world allows this in a way never seen before.  What I'm reminded of is an old Star Trek TNG episode where a less advanced race learned how to steal things, making their technological progress forward crazy fast, but their mental aptitude and social awareness was "light years" behind.  It was called "Samaritan Snare": http://en.memory-alpha.org/wiki/Samaritan_Snare_(episode) 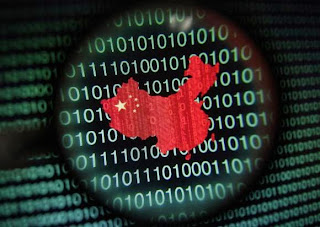 (Reuters) - The United States on Monday charged five Chinese military officers and accused them of hacking into American nuclear, metal and solar companies to steal trade secrets, ratcheting up tensions between the two world powers over cyber espionage.

Officials declined to estimate the size of the losses to the companies, but said they were "significant." The victims had all filed unfair trade claims against their Chinese rivals, helping Washington draw a link between the alleged hacking activity and its impact on international business.