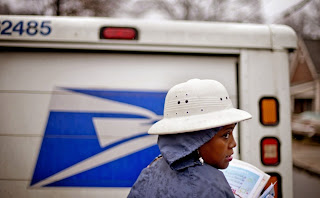 Chinese government hackers are suspected of breaching the computer networks
of the United States Postal Service, compromising the data of more than
800,000 employees - including the postmaster general's.

The compromised data included names, dates of birth, Social Security
numbers, addresses, dates of employment and other information, officials
said. The data of every employee were exposed.

For one thing, the Chinese may be assuming that the postal service is more
like theirs - a state-owned entity that has vast amounts of data on its
citizens... "They're just looking for big pots of data on government
employees," Lewis said. "For the Chinese, this is probably a way of building
their inventory on U.S. persons for counterintelligence and recruitment
purposes."

"It's only the Chinese that think there are no consequences to getting
caught."