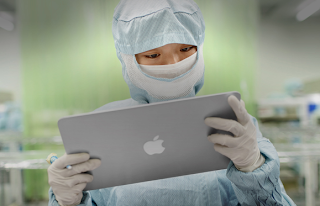 It's not Apple's factories per se (which Apple doesn't own, of course-these
are companies contracting for Apple), but China as a whole that has harsh
conditions for workers. I would have liked to have seen the insides of a
factory that makes phones for other companies, one that assembles cheap
toys, and one that builds all the other gadgets and goods that we import
from the country. There may be 1 million workers assembling Apple products,
but that is less than 1 percent of the total workforce in the country's
factories. Conditions in toy factories don't seem any better, and may, in
fact, be much worse.

But can Apple alone change these conditions? I think it would be more productive to lean on each and every company that manufactures goods in these countries, not just the biggest, and stop letting all the others off the hook.