Ex-NSA director: China has hacked 'every major corporation' in U.S. 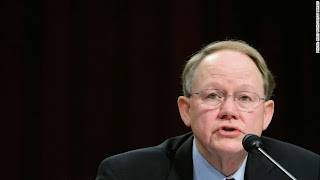 The Chinese government -- seeking to steal valuable secrets -- has hacked
into the computers at every major American company, according to the
nation's former spy director. Mike McConnell, who served as director of
national intelligence under President George W. Bush, made the comments
during a speech at the University of Missouri on Thursday.

"The Chinese have penetrated every major corporation of any consequence in
the United States and taken information," he said. "We've never, ever not
found Chinese malware." He said the malware lets Chinese spies extract
information whenever they want. McConnell, who also led the NSA from 1992
until 1996, continues to investigate hacks as a high-ranking adviser to Booz
Allen Hamilton (BAH). He listed victims he has come across during his
investigations: U.S. Congress, Department of Defense, State Department
(which is currently dealing with Russian hackers) and major corporations.

McConnell also said that during the final years of the Bush administration,
the Chinese government employed a jaw-dropping 100,000 hackers dedicated
solely to breaking into computers. By comparison, he said the United States
had that many spies -- total.