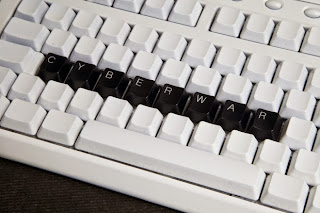 Military and civilian systems are often intertwined, Blair said, pointing to
GPS as an example of a military technology that is used in widespread
civilian applications from navigation to financial transactions.

"Should a nation state take action against the GPS system in another country
in a major scale, there's no telling which way the damage would fall," Blair
said, adding that the same is true with military communications that share
fiber optic cables with civilian traffic.

Chinese military hackers, however, are conducting industrial espionage while
preparing for conflict by implanting algorithms that could shut down
networks when desired, he said. "They're just blundering away at trying to
hack in any way they can, including all your organizations, by the way,"
Blair said.