Private I: Fire Cannon! Encryption everywhere protects you on the web 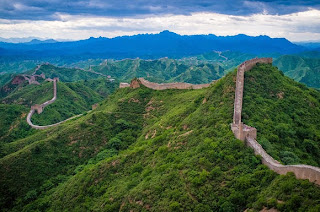 The Great Firewall of China is a term coined to describe how authorities
there block, intercept, and shape Internet traffic entering and leaving the
country's borders.

China doesn't mind if its citizens, researchers, and employees of foreign
companies can't access any or all of the Internet resources they need. More
recently, China has taken to blocking or disrupting virtual private networks
(VPNs), secure pathways that are resistent or impossible to crack open, and
are widely used by the middle-class in China among others.

Now China has reportedly deployed a new tool: rather than defensive, it's
offensive, and has been dubbed by its discoverers, the Great Cannon of
China. Put simply, the cannon rewrites webpages and other traffic crossing
China's data borders-such as to Baidu and Alibaba-and can insert code into
pages that are then executed on the requester's machine.

In the case of the Great Cannon, the report says the system can insert
malicious JavaScript into an unencrypted page request and response, which
turns the requester's browser and computer into part of the distributed
attack. This requires no malware installation, though the same vector could
be used to compromise computers.