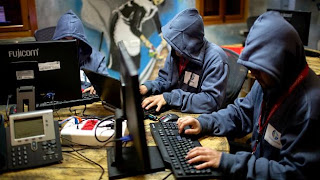 Geng said China had also been the victim of cyber attacks, and accused the
US of double standards. "We oppose turning cyberspace into a new
battlefield," Xin Hua state news agency quoted Geng as saying. There are
reports, however, of a huge Distributed Denial of Service (DDoS) attack on
an online community which hosts tools to help Chinese internet users
circumvent state censorship which suggests the use of malware-infected
computers by the Chinese government.