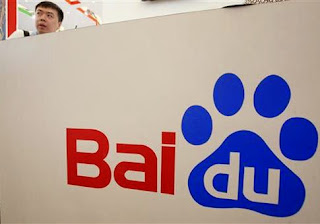 No, the Chinese govt is not at ALL involved in cyber-attacks - not at all.
Right!
------
Computer hackers linked to the Chinese government used two Chinese telecom
companies and the Baidu search engine to mount mass data disruption attacks
on American websites involved in circumventing Beijing's censors.

According to a confidential FBI Flash alert sent to U.S. companies on
Thursday, investigators determined with high confidence that since the
middle of March Internet traffic entering China was used in a data-denial
attack against two websites involved in defeating Chinese-based web
censorship. The traffic was "manipulated to create cyber attacks directed at
U.S.-based websites," the notice said. "Analysis by the U.S. government
indicated that Internet traffic which originated outside China, was
intercepted and modified to make unsuspecting users send repeated requests
to U.S.-based websites," the report said.