US Should Get Tough On Chinese IP Theft, Committee Warns 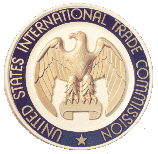 IP theft is costing the US as much as $300 billion a year, a government
report warns, with China by far the biggest offender.

According to the bipartisan Commission on the Theft of American Intellectual
Property, which produced the report, China accounts for at least half - and
maybe as much as 80 percent - of US intellectual property theft.

"National industrial policy goals in China encourage IP theft, and an
extraordinary number of Chinese in business and government entities are
engaged in this practice," it says, with other major offenders including
Russia and China.

But while cyber-espionage is a growing problem, says the report, most IP
theft is still taking place through more traditional methods, such as
bribing employees and plain on-site stealing.

All in all, claims the committee, it's losing the US hundreds of billions of
dollars a year - around as much as total US exports to Asia. Millions of
jobs, too, are casualties.