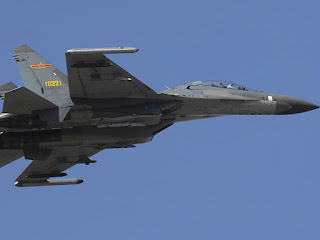 Between its development of fifth-generation fighters and upgraded models of
ballistic missiles, China's military is quickly becoming one of the most
powerful and technologically advanced on earth. But it isn't happening
because of Chinese technological ingenuity-at least not in the usual sense.
One of the principal reasons for the country's new wave of hardware is
Beijing's willingness to copy and steal other nations' technology.

China has already created prototypes that are remarkably similar to some of
the U.S.'s most advanced weapons systems, such as the F-35. The
similarities in appearance and design make it likely that China acquired at
least some of the specifications of U.S. weapons programs, likely through
cyber-espionage.