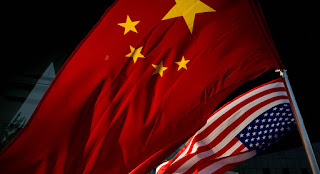 When it comes to global cyber threats, you could say there is the whole rest
of the world and then there's China. Chinese hacking victims cover every
sector of the U.S. economy, from banks and tech firms to energy giants and
government agencies.

Chinese hackers have been linked to the theft of 80 million Social Security
numbers from the insurer Anthem, and most likely lifted the sensitive
security clearance information on nearly 20 million Americans stored by the
Office of Personnel Management (OPM). China allegedly stole plans for the
F-35 fighter jet from Lockheed Martin, and analysts believe that the newest
version of the Chinese military's J-31 fighter jet, manufactured by Shenyang
Aircraft Corp., incorporates some of what they learned.