Why Apple's fight with the FBI could have reverberations in China 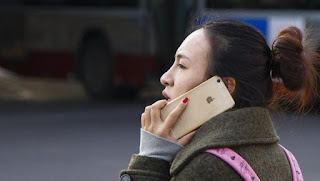 But if the company is forced to comply, it could bolster recent efforts by countries such as China to curb its citizens' privacy in the name of national security.

"This completely undermines privacy overseas and if the administration thinks this precedent wouldn't be used by China, Russia and others then they are in serious error," said Nicholas Weaver, a senior researcher at the International Computer Science Institute at UC Berkeley.

Apple-FBI fight over iPhone encryption pits privacy against national security
The White House has told Beijing that it has major concerns about its new counterterrorism law, a somewhat vague piece of legislation that may require American companies to hand over encryption keys and provide backdoor access to their computer systems.