Icahn: We no longer have a position in Apple 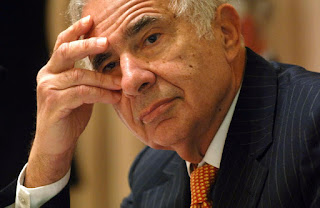 Icahn said China's attitude toward Apple largely drove him to exit his
position.

"You worry a little bit - and maybe more than a little - about China's
attitude," Icahn said, later adding that China's government could "come in
and make it very difficult for Apple to sell there . you can do pretty much
what you want there." He added, though, that if China "was basically
steadied," he would buy back into Apple.