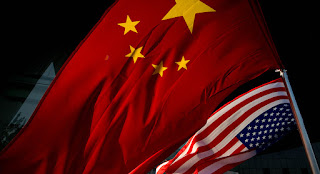 When you make the deals with the devil, this is the end result...

" Of course, China is not just any foreign country-it plays a vital role in
the manufacturing of the iPhone. And it turns out that the Chinese
government has been offering Apple's main manufacturing partner, Foxconn,
some pretty size-able subsidies, all which were reported by the New York
Times.

But could these government perks give Apple enough motivation to be
complicit in China's censorship of the internet and surveillance of its
users?"