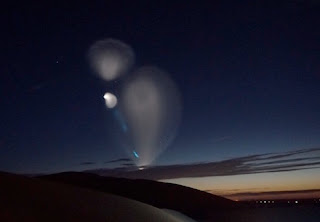 Despite the failure, China's space warfare program is said to be advancing rapidly as an asymmetric warfare weapon that will allow a less capable Chinese military to defeat the U.S. military in a future conflict.

The Pentagon's annual report on the Chinese military states that in December the Chinese created a new Strategic Support Force that will unify space, cyber, and electronic warfare capabilities.