No VPNs in China: Why Apple withdrew VPN apps from its China App Store 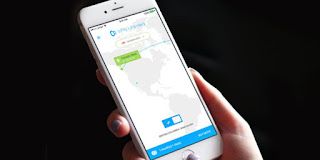 "China opposes the unrestricted access by its citizens and other residents
of the global internet, blocking many key services and technologies like
Facebook, Google search, and Twitter. The so-called Great Firewall disrupts
VPN, TOR, and other connections, and has recently become more sophisticated
in blocking. It also censors and disrupts content on services located within
China. The restrictions are wholesale: people looking for information about
Taylor Swift have just as many restrictions as those trying to find out
about the banned Qi Gong religious sect."

Even though Apple has "values," when it comes to its largest growth market,
China, it still rolls over in the face of the almighty dollar (Renminbi):

"Apple's acquiescing to China's demand seems at odds with the company's
stance as a protector of its customers' privacy and the right to encrypt
communications. In the United States, Apple clashed with the FBI under
Barack Obama, and faces a fierce critic of an internet with no regulations
on speech in Donald Trump, though so far the president and his agencies have
taken no new actions. Apple has been outspoken in other countries as well."