Chinese-born spy gets 15 years in prison 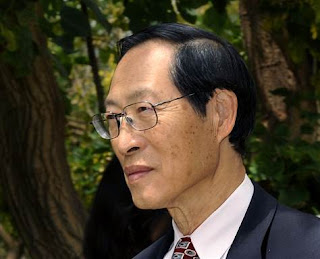 This is old, but during an espionage reminder today this case was brought
up. American companies are much better at this now, but unfortunately much
of the damage has already been done and China is caught up, and even
surpassed, in many fields.

" Assistant U.S. Attorney Greg Staples noted in sentencing papers that Chung
amassed a personal wealth of more than $3 million while betraying his
adopted country. "The (People's Republic of China) is bent on stealing
sensitive information from the United States and shows no sign of
relenting," Staples wrote. "Only strong sentences offer any hope of
dissuading others from helping the PRC get that technology."

Chung amassed a personal wealth of more than $3 million while betraying his
adopted country. Chung, a stress analyst with high-level clearance, of
using his 30-year career at Boeing and Rockwell International to steal the
documents. They said investigators found papers stacked throughout Chung's
house that included sensitive information about a booster rocket fueling
system - documents that employees were ordered to lock away at the end of
each day. They said Boeing invested $50 million in the technology over a
five-year period.

[The FBI and courts eventually determined that the theft cost Boeing upwards
of $2Billion in lost work and potential rocket launches.]

" The government believes Chung began spying for the Chinese in the late
1970s, a few years after he became a naturalized U.S. citizen and was hired
by Rockwell."