How the F.B.I. Cracked a Chinese Spy Ring 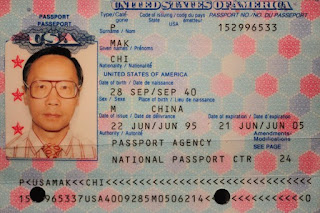 This kind of theft hurts the U.S. in innumerable ways:

Mak was a trained operative who had been planted in the U.S. by Chinese
intelligence. Beginning in 1988, Mak had worked at Power Paragon, a defense
company in Anaheim, California, that developed power systems for the U.S.
Navy. The F.B.I. suspected that Mak, who immigrated to the U.S. from Hong
Kong in the late nineteen-seventies, had been passing sensitive military
technology to China for years.

[There are signs to notice if one is trained to do so.]

A short and energetic sixty-four-year-old with a quick smile, Mak was a
model employee at Power Paragon. Other workers at the company often turned
to him for help in solving problems, and Mak provided it with the enthusiasm
of a man who appeared to live for engineering. His assimilation into
American life was limited to the workplace: he and his wife, Rebecca, led a
quiet life, never socializing with neighbors. Rebecca was a sullen, stern
woman whose proficiency in English had remained poor during her two and a
half decades in the United States. She never went anywhere without Mak,
except to take a walk around the neighborhood in the morning.

Sitting around the house-secret audio recordings would later show-the two
often talked about Chinese politics, remarking that Mao, like Stalin, was
misunderstood by history. The influence of Maoist ideology was, perhaps,
evident in the Maks' extreme frugality: they ate their meals off of
newspapers, which they would roll up and toss in the garbage.

Among the stacks [found in their home] were manuals and designs for power
systems on U.S. Navy ships and concepts for new naval technologies under
development. One set of documents contained information about the
Virginia-class submarines, describing ways to cloak submarine propellers and
fire anti-aircraft weapons underwater.

On the printed sheet were instructions about going to conferences to collect
information.