The US is their only hope 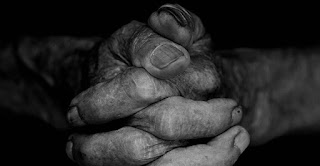 This is China today.  If you don't do anything the government doesn't like, you are fine.  If you keep your religion private and no one knows, you are fine (same thing the left says in the U.S. today).  But if you do or say anything against them, the brutal Communist government will crush you.  Until the Western nations stop doing business with this country (very much like North Korea in many ways), and stop having much of our products manufactured by them, we are continuing to fund this brutal communist one-party government.  It is a horrible situation!


From 6 a.m. every morning, detainees were ordered to sing along to songs played over the camp's PA system, praising China's Communist Party." Kayrat says everyone was "forced to memorize a list of what he calls '126 lies' about religion: 'Religion is opium, religion is bad, you must believe in no religion, you must believe in the Communist Party.' 'Only [the] Communist Party could lead you to the bright future.'" "They made me wear what they called 'iron clothes,' a suit made of metal that weighed over 50 pounds,"
he told NPR. "It forced my arms and legs into an outstretched position. I couldn't move at all, and my back was in terrible pain." After a half-day of it, he said he would do whatever he was asked. At one point, he tried to kill himself by banging his head against the wall. He woke up in a hospital."