Foreigners crossing certain Chinese borders into the Xinjiang region, where authorities are conducting a massive campaign of surveillance and oppression against the local Muslim population, are being forced to install a piece of malware on their phones that gives all of their text messages as well as other pieces of data to the authorities, a collaboration by Motherboard, Süddeutsche Zeitung, the Guardian, the New York Times, and the German public broadcaster NDR has found. 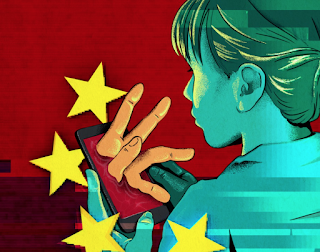