Mr. Smith Goes to the Mat in Washington 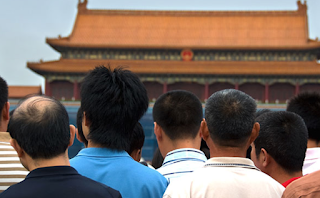 "...he's never seen anything like what's happening in China. "[There hasn't been] this kind of mass internment of millions since the Holocaust. Torture, rape, sexual abuse, forced abortions of women being held in the [concentration] camps." It has to stop. And he and the rest of the Congressional-Executive Commission on China won't quit until it does."Just think if the USA had been in the economic bed with the USSR like they are with China.  Things would be vastly different in the world today - and NOT for the better.