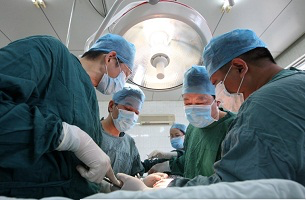 "A "high" number of Uyghurs, including youngsters seized by security forces following ethnic unrest in China's Xinjiang region, may have become victims of forced organ harvesting, according to an independent researcher.
Ethan Gutmann said that the forced disappearance of hundreds of Uyghur men and boys following the 2009 ethnic riots in Xinjiang's capital Urumqi "should be of great concern to the world no matter what else may be occurring.""But I suspect it goes further than that," Gutmann, an expert at the Washington-based Foundation for Defense of Democracies, told RFA's Uyghur Service when asked about the possibility that many ordinary Uyghurs, apart from political prisoners, would have been victims of forced organ harvesting."