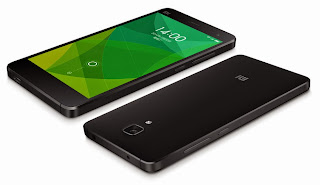 More proof that China and Chinese companies, and the culture of the nation, really does not respect the laws of other countries.  Why should they when no one can enforce them and we do nothing of substance to curtail it?  We don’t force tariffs on their incoming knockoffs?  We continue to do billions of dollars in business with them in terms of manufacturing. And on it goes.  They can steal and plunder, and using all of that cheap (barely above slave) labor, produce items that vastly undercut the cost of American and other western companies.

“When Chinese smartphone maker Xiaomi announced the Mi 4 on Tuesday, we — and pretty much every other site that covered the news — were quick to point out that it bears a slight resemblance to the iPhone. This isn’t the first time Xiaomi has been influenced by Apple, either. In fact, the company is often referred to as the “Chinese Apple.””

Posit: Xioami (a.k.a. “Mi”) poses a serious threat to Samsung because:

1.Xiaomi is more shamelessly willingly to blatantly copy Apple, down to as many details as they’re able.

2.They’re better at it. Xiaomi copies with some degree of taste; Samsung has no taste.

3.Xiaomi operates only in countries with weak IP laws and culture, further enabling and protecting them re: points 1 and 2. (This third point was first brought to my attention by Ben Thompson, when he was my guest on The Talk Show a few weeks ago.)