'One more thing': ex-Google exec says his Chinese employer is no Apple ripoff

<blockquote><p>A man wearing a black top and denim jeans stands on stage promising to unveil "one more thing." As much as that might sound like the familiar finale to an Apple keynote, it's actually Xiaomi CEO Lei Jun building up to the announcement of his company's new Mi Band at an event in Beijing today.</p></blockquote> 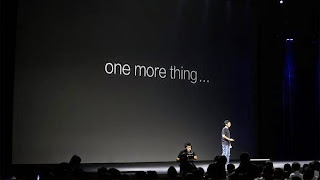 The below is the best that China has in terms of "corporate speak" for explaining why they steal stuff from Apple - it's their sad, totally transparent way, to attempt to explain away their theft.
<blockquote><p>There are many overlaps in design between Apple's products and Mi's: the new Mi 4 has chamfered edges much like the iPhone, and the Mi Pad matches the screen size and resolution of the Retina iPad mini while using the same plastic as in the iPhone 5C. Barra is unapologetic about any of these similarities. "If you have two similarly skilled designers, it makes sense that they would reach the same conclusion," he argues. "It doesn't matter if somebody else has reached the same conclusion" about, for example, a 4:3 screen ratio being preferable to the more cinematic 16:9 that most Android tablets offer. Mi is focused on making the best products that it can and refuses to shy away from a good idea just because Apple might have done it already. "We're not copying Apple's products. End of story."</p></blockquote>
But really, it's not the end - it's actually the beginning and the end for their design department.  From the products, to the stores, to the marketing message.