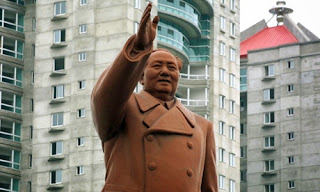 “China’s state secrets law is notoriously broad, covering everything from industry data to the exact birth dates of state leaders. In severe cases the theft of state secrets is punishable with life in prison or the death penalty.

Information in China can be labelled a state secret retroactively.

The investigation into the Garratts comes a week after Canada took the unusual step of singling out Chinese hackers for attacking a key computer network and lodged a protest with Beijing.”