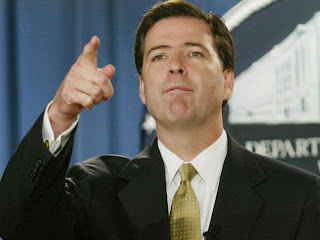 In his first major television interview, the director of the FBI has warned that Chinese hackers have embarked on a widespread campaign of cyberwarfare against the US. Speaking to CBS' "60 Minutes," James Comey had the following to say on Chinese hackers: There are two kinds of big companies in the United States. There are those who've been hacked by the Chinese and those who don't know they've been hacked by the Chinese.

When asked whether Chinese hackers were particularly good at gaining access to servers belonging to U.S. companies, Comey said the hackers were not actually skilled when it came to covering their tracks. I liken them a bit to a drunk burglar. They're kicking in the front door, knocking over the vase, while they're walking out with your television set. They're just prolific. Their strategy seems to be: We'll just be everywhere all the time. And there's no way they can stop us.