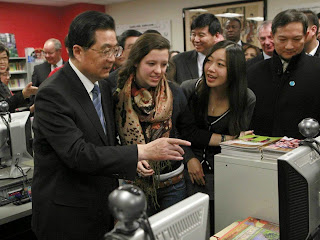 A second major U.S. university in a week is severing ties with China's government-funded Confucius Institute, which critics call a propaganda arm wrapped in culture and language education.

Pennsylvania State University said Wednesday it would end its five-year relationship with the institute at the end of this year, citing differences with the Chinese government agency that controls and funds them.

On September 25, the University of Chicago also severed ties with the institute...

[P]rofessors at both the University of Chicago and Penn State had complained that the institutes were too closely tied to the Chinese government, which views them as "soft power" propaganda tools to make Chinese language and culture more accessible to students throughout the world.