Should Feds Be Afraid of a Popular Chinese Chat App? (Nextgov) 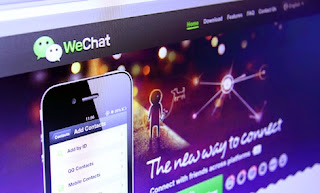 Even as trendy voice and text-messaging app WeChat, owned by China-based firm Tencent, has gained in popularity, the app is dogged by allegations it serves as an instrument of industrial espionage, according to U.S. technical experts. A large number of Chinese Americans in California, including U.S. government contractors, use the tool for social communications -- either because they are drawn to its features or grew accustomed to using its Chinese version, "Weixin," when living in China.

The company denies the chat app is effectively a surveillance arm of the Chinese government. But the globalization of the app is causing particular alarm about intellectual property theft and U.S. national security. "The use of WeChat by Americans to communicate information that might be of interest to the Chinese government, including but not limited to military and trade secrets, is potentially problematic," said Eva Galperin, an expert on malware and Chinese platforms at the Electronic Frontier Foundation.