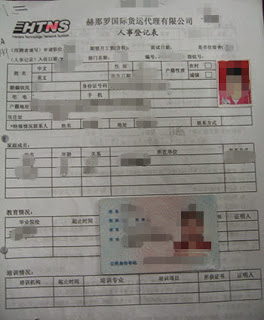 Not only is China despicable in its labor practices, but other Asian
countries are no better, and even ignore the realities. It is so
disingenuous when scores of western "journalists" regularly attack Apple,
Inc for their "horrible supplier" when they are the only company that really
seems interested in doing anything about it. As is typical, the Asian
countries could really care less as they see people as not much more than
cattle in many ways.

"China Labor Watch (CLW) has carried out over a dozen investigations of
labor conditions at China-based Samsung factories and Samsung supplier
factories since 2012. These investigations have uncovered labor violations
including unpaid overtime wages, more than 200 monthly overtime hours, abuse
of labor dispatch and student workers, occupational safety concerns, a lack
of social insurance, and more.


One of the most serious violations has been the employment of child labor in
Samsung's supplier factories. In August 2012, CLW first exposed the use of
child workers in a Samsung supplier in Huizhou called HEG. Despite Samsung's
public statement that it found no child labor after subsequent inspection,
near the end of the end of 2012 CLW once again uncovered more child workers
in another Huizhou-based Samsung supplier called HTNS.

Before publishing the HTNS investigative report, CLW provided information on
three child workers at that factory to Samsung. Samsung sent a team of
inspectors to the factory to follow-up. The day that the inspectors arrived,
two of the child workers were suddenly let go. The one remaining girl met
with Samsung's team. Despite looking nothing like her ID-which belong to
another person called Liu Tiantian-Samsung denied that the girl was a child
worker.

In the second half of 2013, CLW was able to track down the real Liu
Tiantian, who confirmed that her ID had been lost in 2012 before the time
that it was obtained by the HTNS child worker."