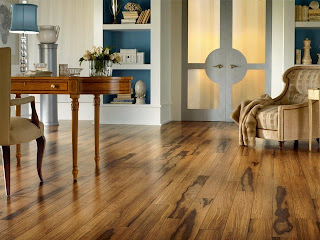 China really does not care about American product standards. Just look at the lead in toys and all other tainted products that have come from there. So if the American company selling the stuff is not doing its own, independent testing AFTER it arrives on U.S. shores, there is no telling what junk is in their products.

"The subject of formaldehyde emissions from laminate flooring has gotten a lot of attention lately. It began in early March, when the CBS news program, "60 Minutes," reported that retailer Lumber Liquidators was selling laminate flooring with formaldehyde emissions several times higher than California's standards for flooring sold in that state. Lumber Liquidatorshas denied the accusations but nevertheless is pulling all Chinese-made laminate flooring from its inventory, pending its review. And the U.S. Consumer Product Safety Commission is currently investigating the issue."