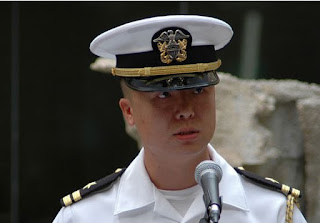 The Navy has dropped espionage charges against Lt. Cmdr. Edward Lin, part of
a plea bargain agreement with the government that will result in the accused
spy pleading guilty to a slate of lesser charges. Lin, who initially faced
more than 30 years in the brig for allegations of spying for Taiwan and
other misconduct, will plead guilty to lesser charges of communicating
defense information, as well as multiple counts of disobeying lawful orders
for mishandling classified information, lying on his leave chits about his
travel, and not reporting foreign contacts.

Lin was arrested in September 2015 boarding a flight to China.
Investigators feared Lin, who was a member of an elite and covert aerial
surveillance squadron in Hawaii and had access to some of the Navy's deepest
secrets, was traveling to meet a contact. Indeed, after two days of intense
interrogation, Lin gave what amounted to a confession to telling secrets to
contacts in Taiwanese diplomatic circles.