China detained American on charges of spying for FBI 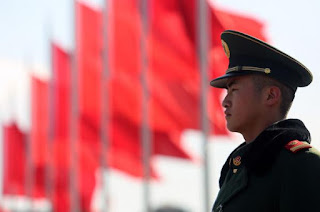 China detained a US citizen in the fall of 2016 on charges of spying on
behalf of the FBI, but the arrest was not made public until last week. Li
Kai, 55, was arrested in Shanghai for espionage, an anonymous source told
Hong Kong-based newspaper Sing Tao Daily.

China's state security agency made the arrest and charged Li with collecting
information, following orders from the FBI. Li's case has been handed over
to Shanghai Municipal People's Prosecutor's Office, and the American faces
severe punishment, the source said. The death penalty is one possibility.
According to Chinese law, executions are one form of punishment for spying
activities that are regarded as a threat to national security.