Richard Gere Has a Theory Why Mainstream Hollywood Dumped Him - China 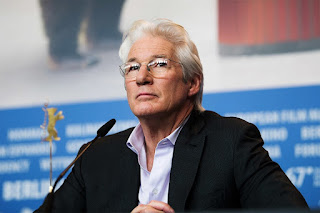 More and more industries that get hooked by China feel this sting. Money is
all-powerful in business, even if that business is entertainment:

That factor: China, the country that finances much of Hollywood these days.
Not so coincidentally, it's also the country that Gere-a practicing Tibetan
Buddhist and longtime friend of the religion's exiled leader, the Dalai
Lama-infamously disparaged during the 1993 Oscars when he went off-script
while presenting the art-direction category.

"There are definitely movies that I can't be in because the Chinese will
say, 'Not with him,'" Gere tells The Hollywood Reporter in a new interview.
"I recently had an episode where someone said they could not finance a film
with me because it would upset the Chinese."