China is inventing a whole new way to oppress a people 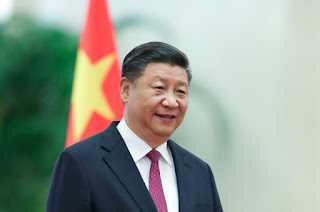 Note, this isn't 1930s Germany, or something else in the distant past. This
is China, TODAY, and many western countries companies have made this
possible by economically empowering the communist government.

" Artists, scholars, musicians, intellectuals and anyone who ever had
contact with the outside world are specifically targeted for "cultural
indoctrination," Kanat adds. "My neighbor, Abdel Rashid Seley, died in the
camp." Other reported Uighur deaths include an intellectual known for his
translation of the Koran to Chinese and one of China's most well-known
scientists.

After taking over Macao and Hong Kong, Beijing promised to leave local
practices intact, calling it "one government, two systems." But by now
China's neighbors know that once Beijing assumes control, it'll pursue
complete ideological, political and cultural domination. If you happen to be
Muslim, Christian, Falon Dafa or a Western-style democrat - well, too bad. "