China has denied that the case — or the arrests of several other Canadians in recent weeks — have been politicized in retaliation for Canada's arrest of a senior officer of China's top telecommunications company, Huawei.

The retrial at the Dalian Intermediate People's Court came with unusual speed, not long after Canada's Dec. 1 arrest of a high-profile Chinese businesswoman, Meng Wanzhou, chief financial officer of the telecommunications giant Huawei. Her arrest came at the request of U.S. authorities who want to extradite her on charge of fraud relating to alleged breaches of U.S. sanctions against Iran.

"... Schellenberg's case, like those of Kovrig and Spavor, appeared to reinforce the message "that China views the holding of human hostages as an acceptable way to conduct diplomacy." 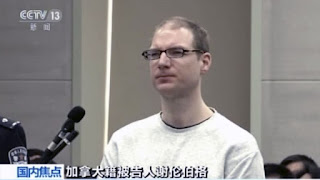