But corporate filings and other documents found by Reuters in Iran and Syriashow that Huawei, the world's largest supplier of telecommunications networkequipment, is more closely linked to both firms than previously known. The documents reveal that a high-level Huawei executive appears to have beenappointed Skycom's Iran manager. They also show that at least threeChinese-named individuals had signing rights for both Huawei and Skycom bankaccounts in Iran. Reuters also discovered that a Middle Eastern lawyer saidHuawei conducted operations in Syria through Canicula. The previously unreported ties between Huawei and the two companies couldbear on the U.S. case against Meng, who is the daughter of Huawei founderRen Zhengfei, by further undermining Huawei's claims that Skycom was merelyan arms-length business partner.Read more:https://www.reuters.com/article/us-huawei-iran-exclusive/exclusive-new-documents-link-huawei-to-suspected-front-companies-in-iran-syria-idUSKCN1P21MH 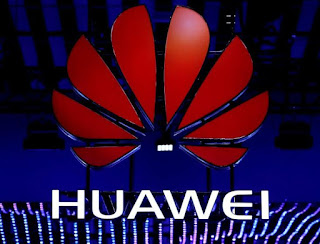